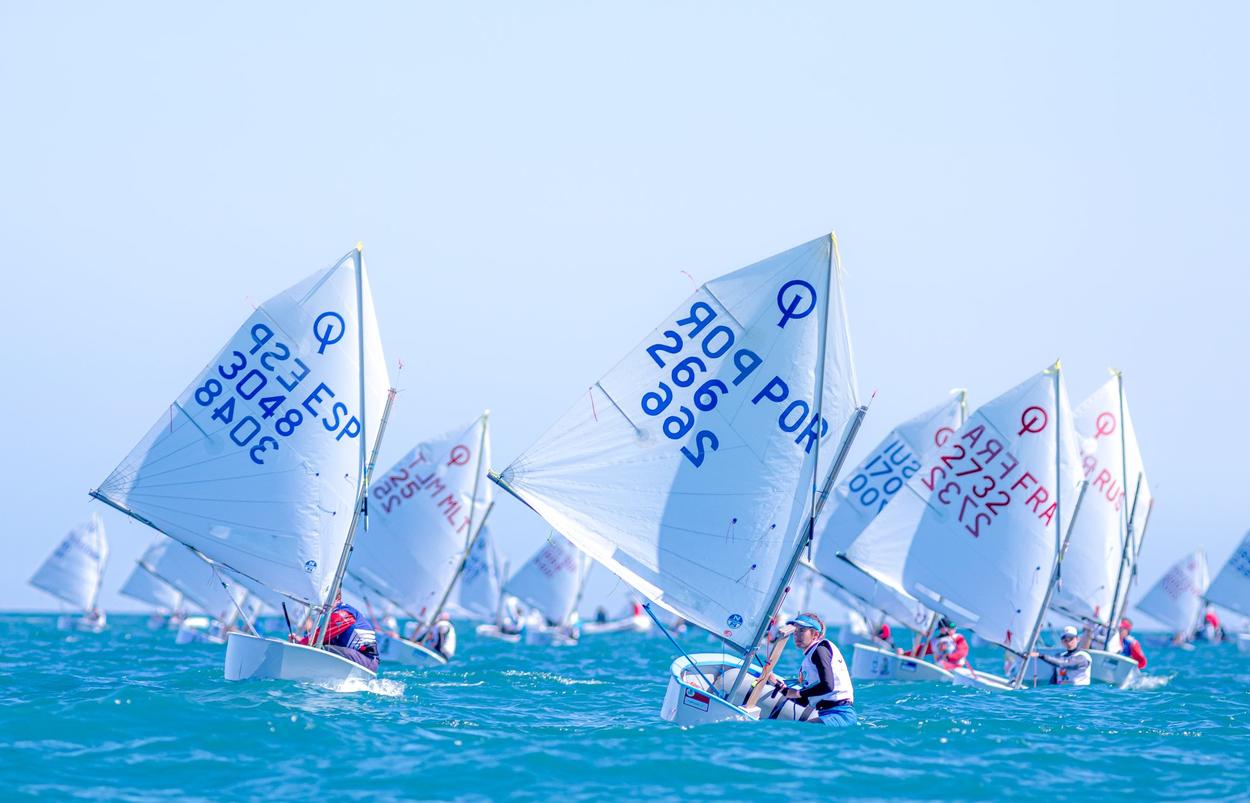 The fast approaching OptiOrange Valencia is on track and ready to challenge its own records. With almost 400 sailors pre registered the third edition of this international regatta organized jointly by the Saint Petersburg Yacht Club (SPBYC) and Real Club Nautico de Valencia is going to set a new enrollment standard, outperforming previous season by 30% rise. And the quantity doesn’t hinder the quality of the fleet. 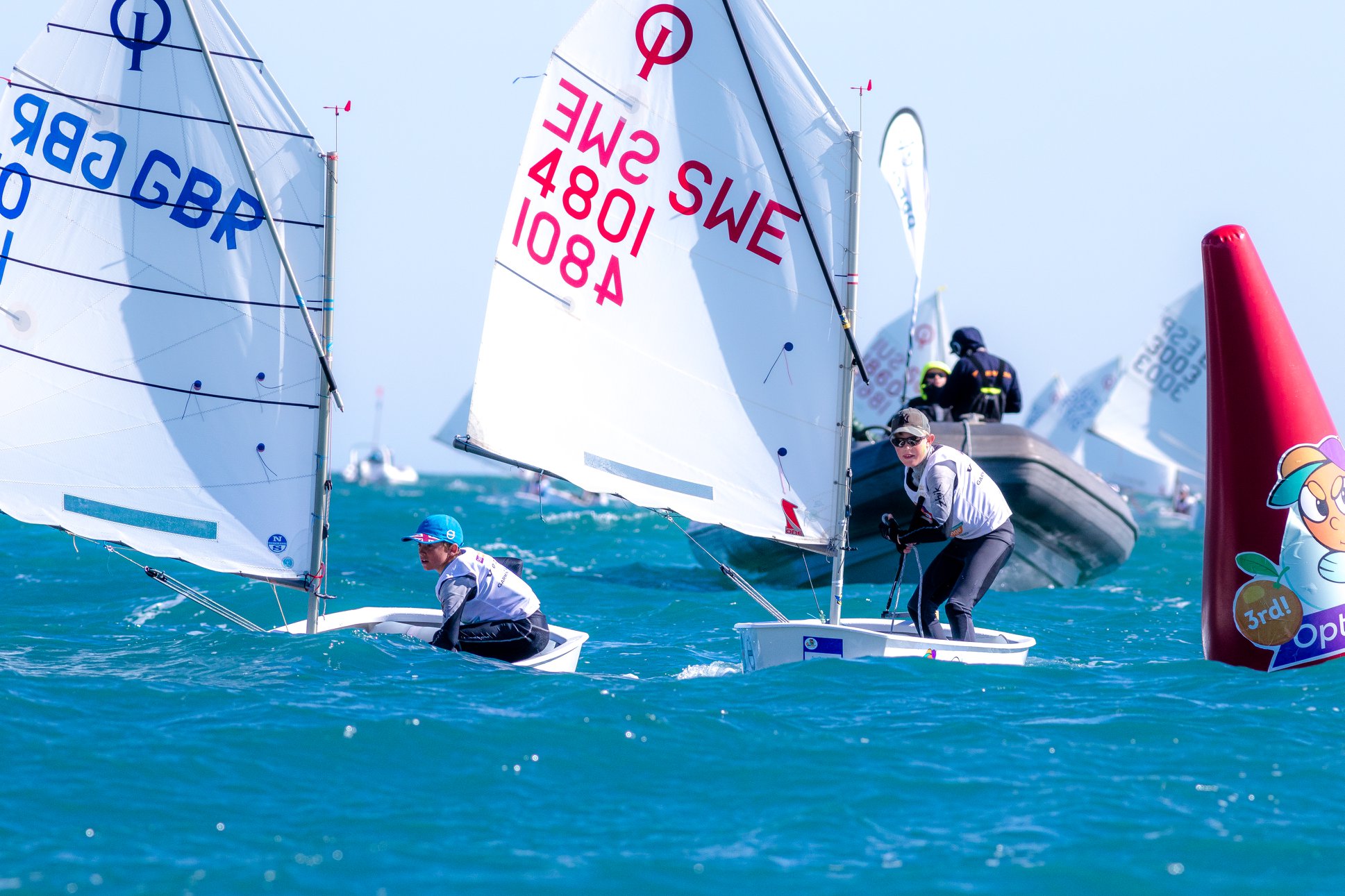 Besides sheer number there is big increase in the countries’ representation. Now almost 400 competitors are representing almost 30 nations of Europe and the Americas. As it might be expected, the locals are the largest fleet presenting the best sparring for other countries’ squads. The Spanish Armada has teams of the best clubs and strongest sailors like national vice-champions Nora Garcia de la Casa (El Masnou) and Susana Bestart Mir (u13, RCN Palma), top-3 placed Optimist Excellence Cup 20189/2020 Izan Codinachs Torrejón (Sant Feliu Guixols), 2018/2019 Optimist Excellence Cup winner Miguel Campos (RCR Alicante), top-10 nationals’ 2019 Carlos Espi (Valaencia) and Eduardo Reyes Alcocer (Denia) to name a few. This year CN Arenal has sent only u13 squad heating up the youngest fleet.

The Great Britain showed up with some top talents as national champions Santiago Sesto-Cosby and Emma Breese together with national ranking leader Robert Mawdsley. The Irish fleet will be led by rock-star worlds’ top-10 Rocco Wright who just recently was second in Torrevieja and national champion Jessica Riordan. National ranking leaders Floris Schraffordt and Thomas Schouten are representing The Netherlands. Belgian team is led by national ranking leader Boris de Wilde. Bermudian Magnus Ringsted was 12th in the North Americas championship. One of the first-time visiting team will be French squad active in both Junior and Cadet fleets with young and talented Alizee Chinot – recent U11 winner of the Palamos Trophy and her sister Oceane Chinot, silver medalist of the Championat International d été en France.

Scandinavia and Baltic are represented by several countries. Sweden is led by Leo Birgersson who was 13th at the 2019 Optimist Europeans. Estonia is represented by national champion Mia Lilienthal. Finland has a large crew in both Junior and Cadet groups with u13 national ranking leader Lily-Sofie Latvala. Also there are Latvia, Denmark and a large Polish team from the region.

Not to be missed are Hellinic sailors with Optimist Mediterranean Championship winners Emilios Max Boeros and Andriani Geogiou from Cyprus and one of the strongest Greek sailor Alexandros Ioannidis. Further Eastern Europe is represented by Czech, Bulgarian and Ukrainian sailors. There are also representatives from the USA, Canada, Germany, Portugal and other countries.

Besides competitors, there are some famous mentors attending with world-champion coaches Simone Ricci and Antonis Drosopoulos among them.

“We are happy to welcome more and more sailors from different countries that means the OptiOrange has found its niche in the European race calendar – comments SPBYC Commodore Vladimir Liubomirov. – Furthermore, the quality of the fleet is high and we expect hot contest and good skill building for all of the sailors. This is exactly what the regatta was aimed for”.

Actually, the OptiOrange Valencia is more than mere 4-days regatta. Starting from 1st March several national teams will be having clinics with top-notch coaches to be best prepared for the season. Then, from 5th to 8th March some 400 sailors will test each other in 9 planned races. Besides, the competitors will be treated by daily meals and prize draws. 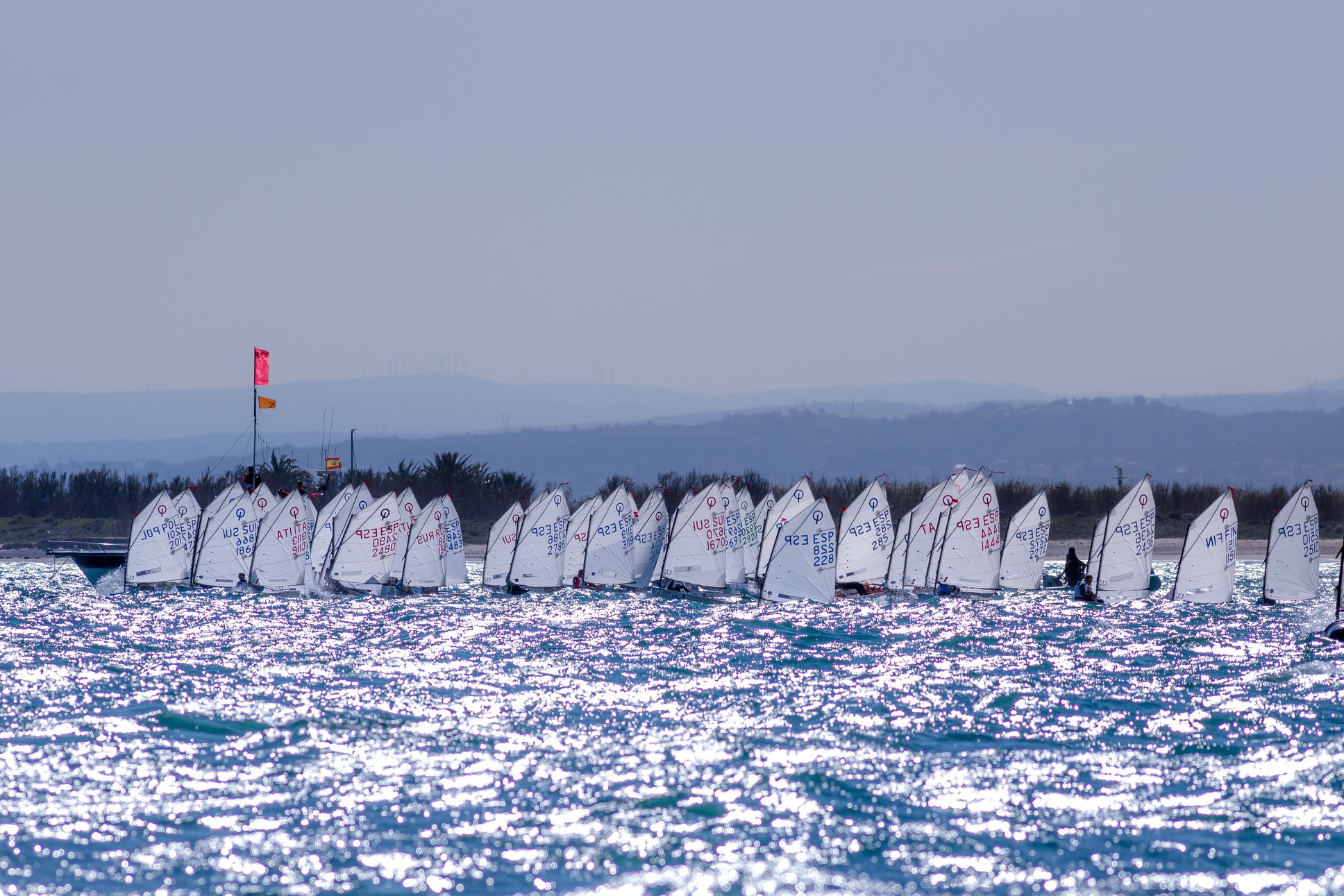 OptiOrange Valencia is proud to have the Volvo Vedat Valencia as the official partner. Other partners and suppliers are: North Sails, Winner Optimist, Garmin, Blue Blue and Sailing Cuack. 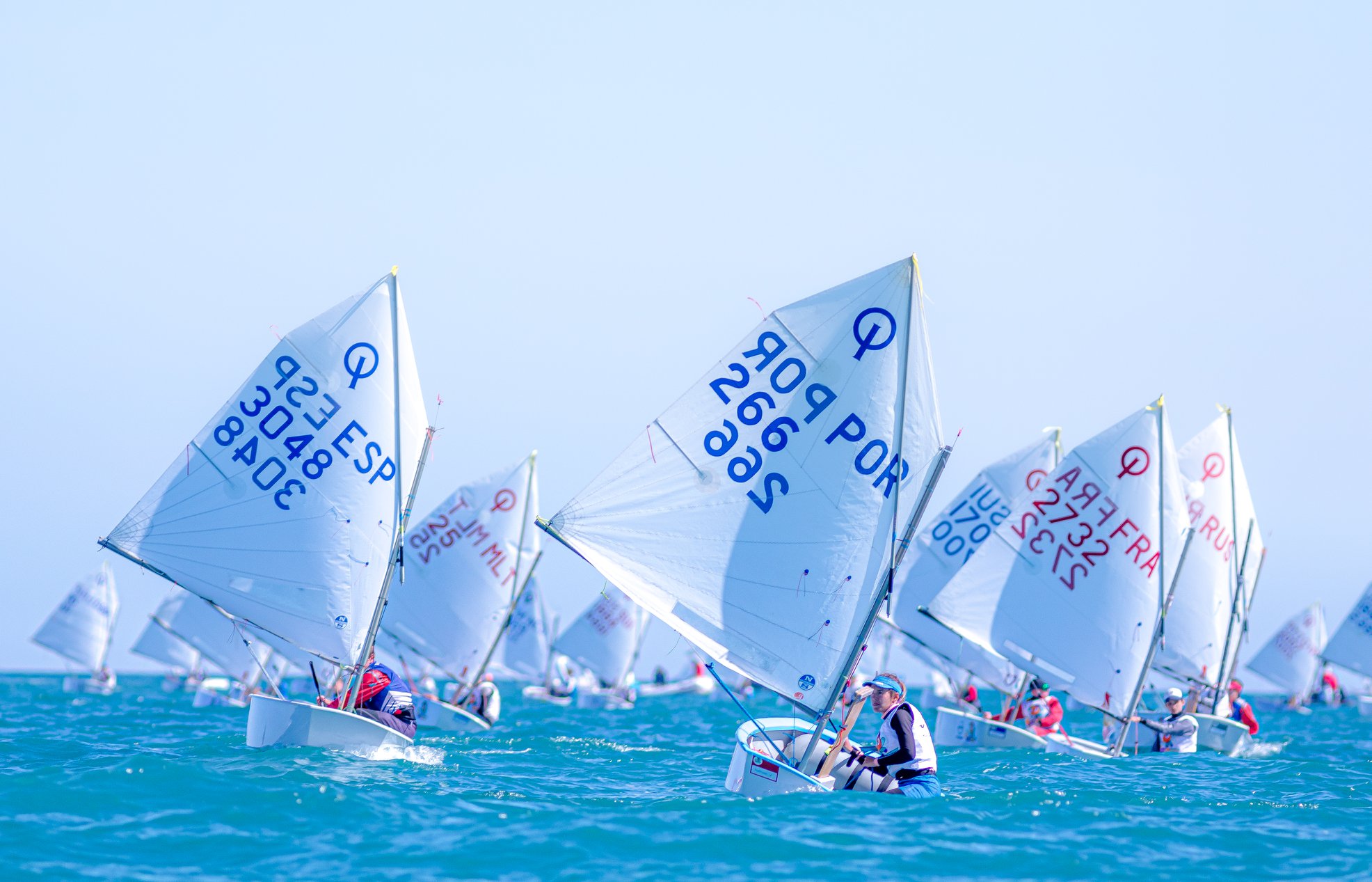 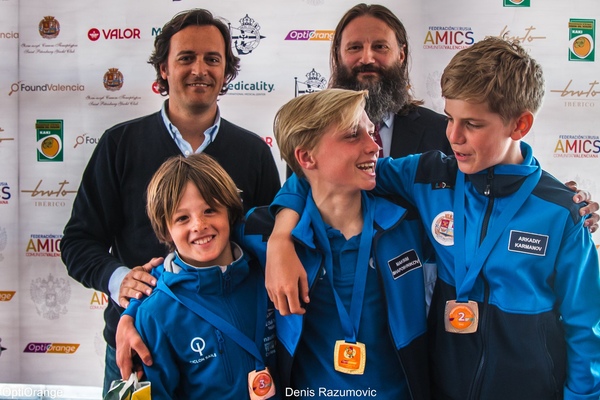 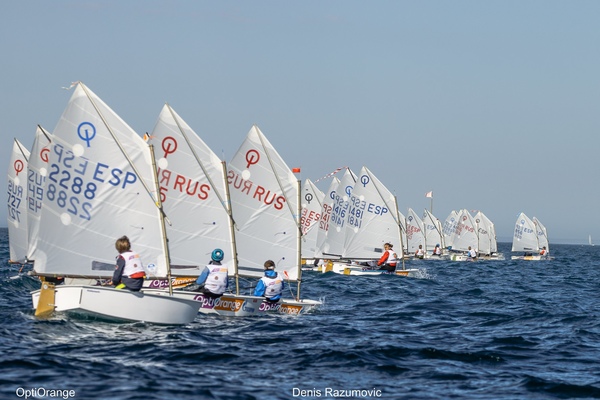 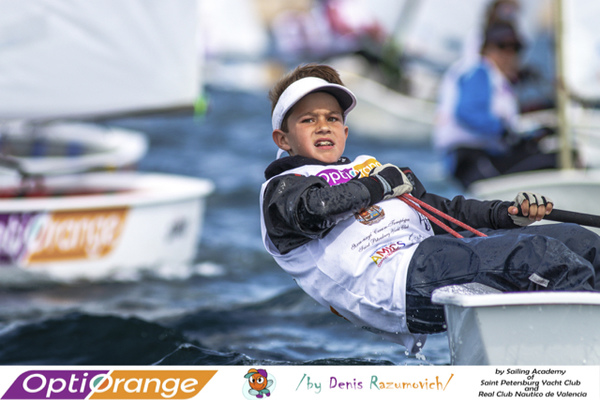 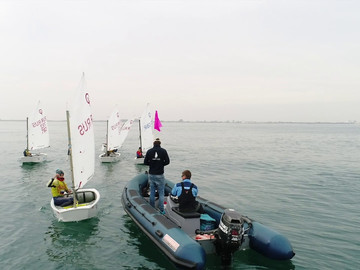 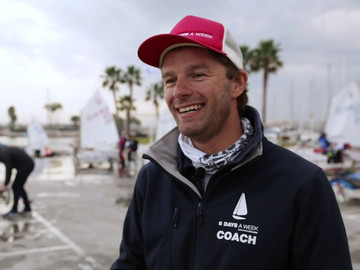 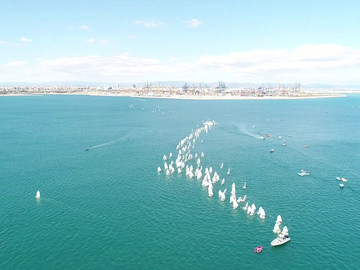